Three young sisters were brutally seized from the safety of their home and cast into the horrors of the extermination camp. The Nazis stripped the sisters of their identity and their humanity through years of hard labour, illness, torture, and overwhelming loss.

Invited by creative virtuoso Curator Christian Bernard Singer to participate in the exhibition “WAR: Light Within/After the Darkness”, Oded and I are honoured to have been in the company of six other renowned Canadian clay and glass artists who crafted poignant and powerful works of art. Singer pronounced THE THREE SISTERS as “a victory in the face of tyranny, it is also a declaration of hope.” 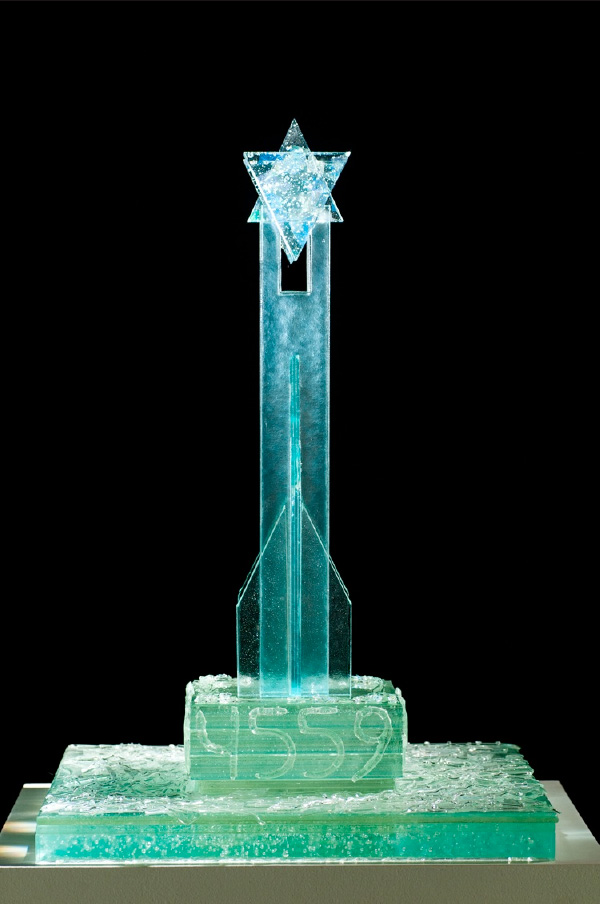 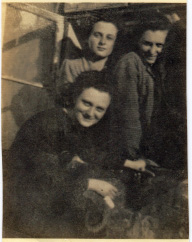 Standing in line for countless hours, bare, bruised feet shuffle slowly. The stench of unwashed bodies hovers like a cloud, though my nose has long grown immune. Shivering with cold, wearing but tattered, thin material, I realize that the line splits… and my mother has just moved into the other column to join my grandfather…

Three young sisters were brutally seized from the safety of their home and dropped into the horrors of the extermination camp: Auschwitz-Birkenau. The Nazis stripped the sisters of their identity and their humanity through years of hard labour, illness, torture, and overwhelming loss. But despite the evil and cruelty, the purity of their love for each other remained untainted by the hatred that brought them to the camps.

The strength of that love kept them alive, each sister relying on the other to be the reason to live through each day. The three sisters used that bond to create new lives in the new State of Israel. They married, raised children, enjoy grandchildren, and now, the joy of great-grandchildren. Three generations, from three sisters, each embracing that love; each knowing that their very existence represents a defiant victory against the Nazis.

The Three Sisters was created in homage to the sisters’ devotion to and love for each other and honours all Survivors of the Holocaust who went on to lead honourable and fruitful lives. It is dedicated to Livia (Meller) Ravek, Magda (Meller) Gutman, and Cibi (Meller) Lang, the Ravek’s cherished and dear mother, mother-in-law, and aunts. It also serves as a memorial to the 6,000,000 Jews murdered by the Nazis (fragmented scattered roses with thorns on base) and the 1,500,000 children under the age of 13 (12 roses on second tier without thorns). The roughly cast numbers on three sides are the numbers that were tattooed on their arms. The three triangles that make up the Star of David evoke the Jewish diaspora come together in Israel, their spiritual land and home. It is a story told in clear glass – a declaration of hope, made bare and transparent for all to see. 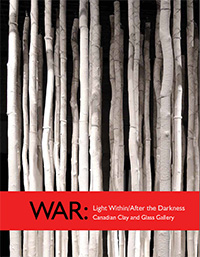 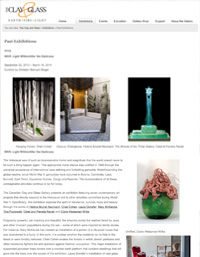 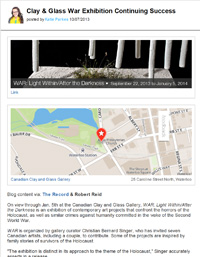 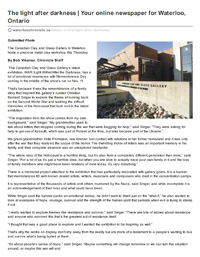 The light after darkness By Bob Vrbanac, Chronicle Staff 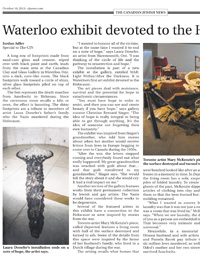 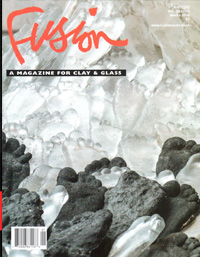 Fusion Magazine – A Powerful Exhibition about Resistance and Hope

"The Three Sisters" Glass Art to be Revealed at Show Opening on September 22, 2013